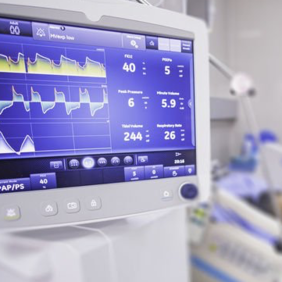 In Switzerland, around 80,000 people are treated in an intensive care unit (ICU) every year; more than two thirds of them are hospitalised as the result of an emergency, with the remainder usually following a major operation. On average, patients spend two and a half days in an ICU, while in severe cases, the stay may extend over several weeks or even months. Following intensive care treatment, a long recovery period is generally required. Patients often report amyosthenia (muscle weakness), confusion and fatigue. Under some circumstances, a complete return to normality in daily and professional life may take months.

Rehabilitation in intensive care is considered to improve long-term outcomes; moreover, it is generally considered to be a low-risk and low-cost intervention. Rehabilitation can be either systematic (i.e. for all patients) and early (defined as starting within seven days of admission) or non-systematic (i.e. depending on the individual patient's condition) and either early or late. The advantage of systematic early rehabilitation lies in the fact that its standardised commencement in all eligible patients prevents subjectivity from playing a role in assessing its necessity, thereby allowing more patients to benefit from it. The possible advantage of less systematic early rehabilitation is that rehabilitation can be better adapted to the needs of the individual patient.

Until now, however, it has not been clear whether systematic early rehabilitation would deliver advantages compared to non-systematic early or late rehabilitation. To answer this question, the Swiss Medical Board (SMB) commissioned an HTA report. This summarises the results of clinical studies and health economics evaluations and is also based on the assessments of senior doctors in Swiss intensive care units.

The report concludes that both the benefits and any detriments resulting from the various forms of rehabilitation are minor and, overall, have limited clinical relevance.

Due to the lack of available data, a health economics evaluation was only partially feasible. Nevertheless, the costs of the required resources relative to the total costs of an ICU stay are low, and this applies to all forms of rehabilitation.

The report assumes that any improvement in health status resulting from the rehabilitation is viewed positively by patients. Since early rehabilitation in intensive care in Switzerland is both acceptable and feasible, there is no reason for advising against its use in the future.