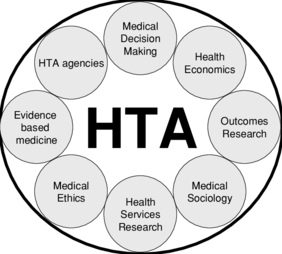 The Executive Committee of the Swiss Medical Board (SMB) has decided to discontinue the operations of the centre of competence at the end of 2021. The Board has been working in recent years to achieve reasonable value for money in the delivery of healthcare services. In the meantime, the Swiss Government has created its own programme to reduce ineffective and inefficient services. There is no point in maintaining parallel structures in a comparatively small area of care provision such as Switzerland.

The Swiss Medical Board was created in 2009 as an initiative of the Canton of Zurich. It has been operating nationwide since 2011. As the Swiss centre of competence for Health Technology Assessments (HTA), the SMB conducts cost-benefit analyses on medical interventions and, thus, contributes towards good quality of care and the efficient use of resources. The key issue here is the added value of one form of treatment over another.

The organisation has succeeded in establishing HTA as a standard for the evaluation of medical services in Switzerland. Important discussions on the benefits of medical services for patients have been initiated and numerous recommendations have been published, aimed at political decision-makers, medical experts and other service providers. The SMB's activities have also prompted the Swiss Government to take action. The Federal Council has identified the consolidation of HTA as one of its priorities in its "Health2020" strategy. A programme has been launched to review potentially obsolete treatments in compulsory health insurance.

The use of synergies proposed by the SMB with the federal programme has not come about. There is no point in maintaining two parallel structures in a comparatively small area of care provision such as Switzerland. Therefore, the Executive Committee of the SMB has decided to discontinue operations at the end of 2021. Ongoing projects and work will be completed.

Even after the discontinuation of the SMB, it is important for the effectiveness of the benefits of compulsory health insurance to be regularly reviewed and for the findings to be made publicly available. Therefore, the Executive Committee of the SMB expects the Swiss Government to step up and expand its work in the field of HTA as announced and to base decisions on compulsory health insurance benefits on the outcome of these analyses.